Day 1, Wednesday September 30 , 2015 USA Lisbon
Depart from USA for the overnight flight to Lisbon, Portugal. Dinner and breakfast will be served on board.

Day 2 Thursday October 1, 2015 Lisbon
Arrive Lisbon. Meet your Priest, tour guide and fellow pilgrims. After an orientation drive through Lisbon, we stop and visit St. Anthony’s Church. Despite what might be assumed from his name, Saint Anthony was born and grew up in Lisbon. Traditionally, the invocation of his name is considered the best means of locating lost objects. Dinner and overnight in Lisbon.

Day 3 Friday October 2 , 2015 Lisbon – Santarem – Fatima
After breakfast depart Lisbon for Santarem, where one of the oldest cities in the world is located. We will walk through its narrow streets to the Church of St Stephen, containing the oldest recorded Eucharistic miracle. This miracle has been on continuous display since 1269. We then continue on to Fatima, the place where the Blessed Mother appeared in 1917 to three simple shepherd children and exhorted mankind to pray for world peace. Dinner and overnight in Fatima.

Day 4 Saturday October 3, 2015 Fatima
Six times, from the May 13 to Oct 13, 1917, the Virgin Mary appeared to three shepherd children in the diocese of Leiria. A new church is under construction, however just as beautiful, an older church was constructed here in 1928, and millions of pilgrims visit each year. Fatima is one of the most visited holy places for Catholics from around the world. The atmosphere of intense spirituality and the importance of Fatima have been attested to by the visits of two Popes: Paul VI and John Paul II. Touring Fatima, see the Little Chapel of the Apparitions, Basilica, the site of Francesco and Jacinta’s graves, the Hamlet of Aljustrel, where the children lived, and Valinhos, the site of Our Lady’s appearance after the children’s return from prison. Follow the Stations of the Cross along the Via Sacra (The Sacred Way) culminating in the Chapel of Calvary, which overlooks all of Fatima. Join pilgrims from around the world in an evening candlelight procession to pray the rosary. Dinner and overnight in Fatima.

Day 5 Sunday October 4, 2015 Fatima – Salamanca
Breakfast in the hotel. In the morning departure towards the city of Salamanca. Salamanca is the most graceful city in Spain. For four centuries it was the seat of one of the most prestigious universities in the world and, despite losing this reputation in the XVII Century, it has kept the unmistakable atmosphere of a seat of learning. It is a small place, and it is given a gorgeous harmony by the golden sandstone from which almost the entire city seems to be constructed. The city’s architectural sights seem endless: two cathedrals, one Gothic, the other Romanesque, vie for attention with Renaissance palaces and gems of Plateresque decoration. The Plaza Mayor is the finest in Spain; and the surviving university buildings are tremendous throughout, all of them distinguished by the same warm stone. Today we will visit this impressive and beautiful city: The grand Plaza Mayor is the hub of Salmantine life, the vast Baroque church of La Clerecía, the Casa de las Conchas (House of Shells), named after the rows of carved scallop shells symbol of the pilgrimage to Santiago which decorate its façade, the University, the cathedrals, the Roman Bridge, San Marcos and San Martin churches, etc. Dinner in a local restaurant. Overnight in Salamanca.

Day 6 Monday October 5, 2015 Salamanca – Alba de Tormes – Ávila – Burgos
After breakfast in the hotel we will depart towards the village of Alba de Tormes. In Alba we will visit and celebrate Mass at the Carmelite Monastery, where Saint Teresa died in 1582 and is buried. In the little museum of the Carmelite Monastery we will be able to see the incorrupt heart and left arm of the Saint. Later on we will continue our journey to Ávila. Two things distinguish Ávila: its eleventh-century walls, two perfectly preserved kilometers of which surround the old town, and the mystic writer Santa Teresa, who was born here and whose shrines are a major focus of religious pilgrimage. Ávila’s atmosphere has changed very little since the days of Santa Teresa, the first woman to be named a Doctor of the Church, to whom the city is dedicated: the Cathedral, started in the XII Century but never finished and built in three different styles: Romanesque, Gothic and Renaissance; San Vicente church, the Incarnation Convent, where St. Therese became a nun and home to the most comprehensive museum dedicated to her life ; La Santa Monastery, built on the site of the house where she was born, San José Convent, the first monastery founded by the Saint, etc. After the visit departure to the city of Burgos, the historic capital of Old Castile. After dinner explore Burgos (on your own), and admire the magnificent limestone Cathedral. Overnight in Burgos.

Day 7 Tuesday October 6, 2015 Burgos – Loyola – Lourdes
After breakfast depart Burgos, heading for Lourdes, France. En route stop in Loyola, the birthplace of St Ignatius of Loyola, founder of the Jesuits. Here, we’ll see the 17th Century Basilica dedicated to St Ignatius. Behind the sanctuary is the family home of St. Ignatius, which we’ll visit during our stop. The most venerated place in this building is the room where Ignatius at age 30, was brought following his serious wounding at the Battle of Pamplona. Later we motor through the Pyrenees Mountains into Lourdes. Here, standing between the spectacular mountain-river, Gave de Pau, stands picturesque Lourdes, the birthplace of St Bernadette to whom Our Lady appeared in 1858 near the Grotto of Massabielle. Settle into your hotel, explore before dinner, followed by a candlelight procession (every evening from Apr through Oct) before retiring for the evening.

Day 8 & 9 Wednesday 7, Thursday 8 October 2015 Lourdes
During the next two days in Lourdes you will have time to pray with your fellow pilgrims from around the world.
During your trip you will have an opportunity to: Attend Mass at the Grotto, watch a video presentation telling the story of Lourdes, and walk in the footsteps of St. Bernadette. See Boly Mill where St. Bernadette was born, and the «Cachot,» an abandoned prison where Bernadette’s impoverished family lived. Join your prayers with those of pilgrims from around the world as you pray for the sick, drink water from the miraculous spring or submerge yourself in the healing baths. Experience Christ’s love as you walk the lifesized Stations of the Cross overlooking the holy Grotto. Kneel in the chapel built on the very rock of the Grotto, in obedience to the request of the «Immaculate Conception.» Evenings are free for optional Blessed Sacrament Procession before dinner. Your role in the universal church will have new meaning as you join the candlelight procession and group rosary. (candle light procession and group rosary April through October only). 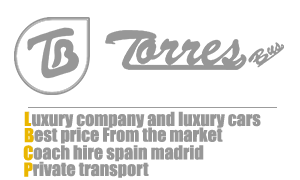